An Evening of Cosmic Comedy with Swami Beyondananda 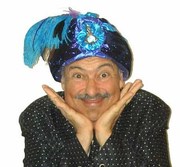 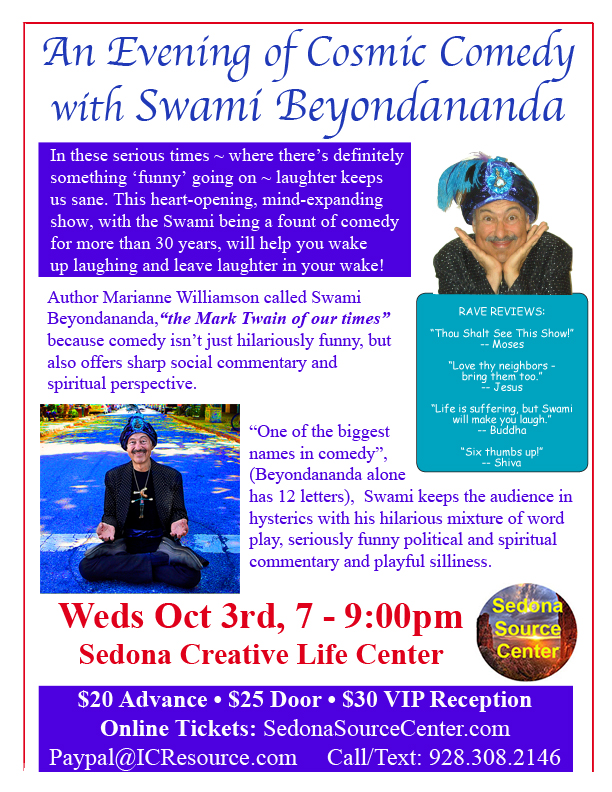 Swami Beyondananda is the cosmic comic alter ego of writer, humorist, performer and uncommontator Steve Bhaerman. The Swami, whose favorite yoga pose is tongue-in-cheek, is the spokesperson for a new non-religion, FUNdamentalism (accent on "fun"). Says the Swami, "We are strictly non-dominational."

Get Absurdified by The Swami

For years people have been asking the Swami if he has any "disciples" and for years the Swami has insisted that he has no followers because he gets paranoid when he thinks he is being followed. Nonetheless, he has been looking for ways to encourage and empower others to practice the ancient art of Foo Ling -- using laughter as a tool to enlighten up their own lives, and the lives of those around them. And one of the best ways to multiply healing laughter is to celebrate those moments when laughter leads to breakthrough -- what the Swami calls moments of Fool-Realization.

You know, the times we find ourselves laughing at our situation in spite of it all, those embarrassing moments where we realize God is laughing so hard we would be fools not to join in. Sometimes the Universe will create a farce-field just for our benefit, and we remember that life is a situation comedy and we are just having an episode.

RSVP for An Evening of Cosmic Comedy with Swami Beyondananda to add comments!