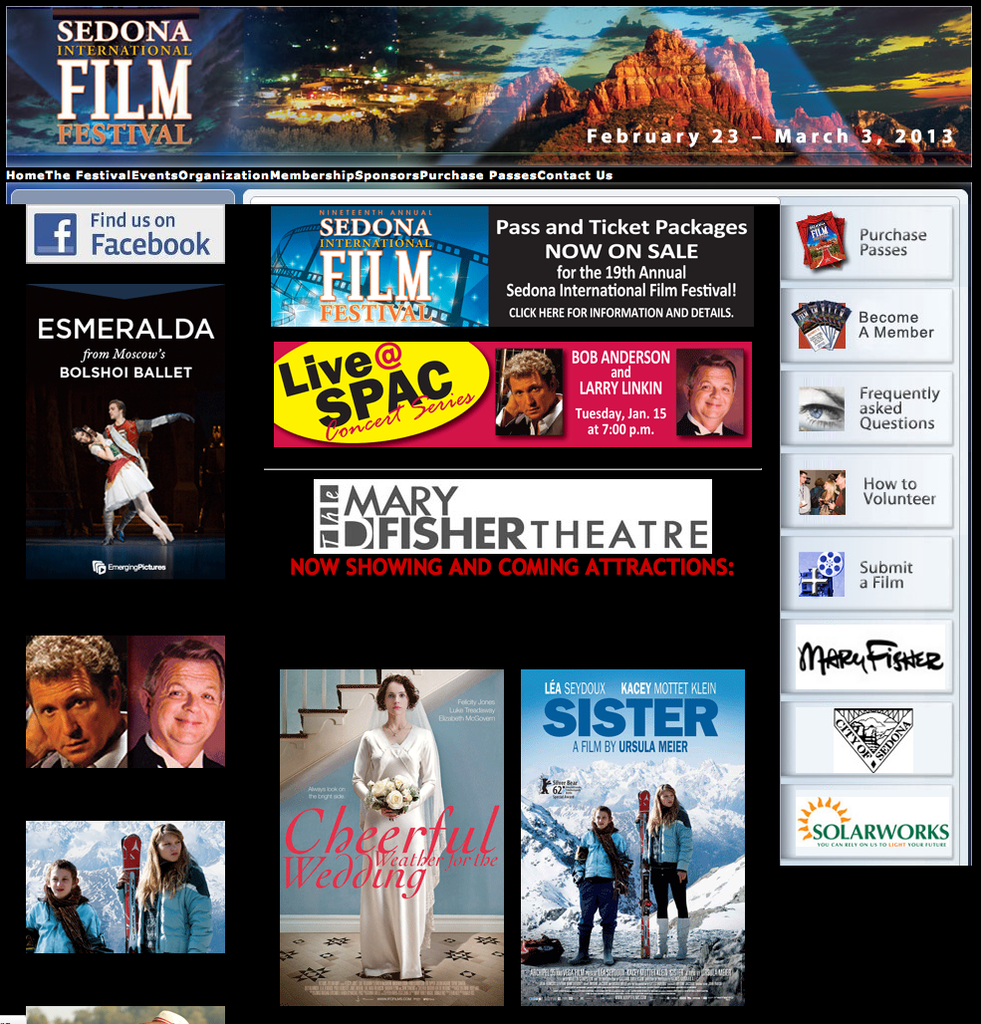 We are your ticket to the hottest show in town ... the GREATEST celebration of the BEST in independent film from around the world: February 23 - March 3, 2013. From features to shorts, documentaries to animation and foreign films to student films, you will be treated to a cinephile’s dream ... NINE DAYS and more than 145 films!

Already recognized by filmmakers and audiences as one of the top festivals in the nation (and named the “Fest to Impress” by MovieMaker Magazine), the 2013 edition will continue a tradition of honoring those motivated by passion for their art and driven by a love for making timely, moving and important films.

Join filmmakers, celebrities, industry guests and film buffs from all around the world as Sedona takes center stage with its biggest celebration of film yet!