1) Why did the melon cross the road? To prove it wasn't a chicken.

2) How do bananas greet each other? With a banana shake.

3) Why did the pineapple go out with a prune? Because he couldn't find a  date.

4) Why did the tomato turn red? Because she saw the salad dressing.

5) What kind of flower looks out of place in a vase? A cauliflower.

6) How did the blond woman break her leg raking leaves?
She fell out of the tree.

7) Another blond woman was driving speedily along a road when a police officer pulled her over. He asked to see her driver's license. She fumbled in her large purse, found her wallet and discovered that her driver's license wasn't in it. The blond woman bobbed her head from side to side while saying, "I don't remember if I left it in my home at the office." The police office rolled his eyes, and said, "Lady, I'm going to have to see some form of photo i.d."  She fumbled in her large purse again, found her compact, looked lovingly into its little mirror, then handed it to the police officer. He looked in the mirror for a spell, then slapped closed the compact and handed it back to the blond woman. He said, "Sorry Lady, If I'd known you were an officer, I would have never pulled you over."  (The officer was a brunette.)

8) What happened to the raw vegan-friendly dog who could not bite into the organic watermelon? She became a melon collie.

9) What did one mildly-romantic melon say to the other? I'm sorry honey dew, I canteloupe.

10) Health Tip: Keep in mind that eating your lawn is more nutritious than mowing it

12) An organic salad walks into a bar. "Sorry" says the bartender. "We don't serve food here."

14) How to be chubby on a raw vegan diet? Be a light eater. When it gets light, start eating.

15) My wife is on a fruitarian ditto ~ coconuts, papayas and bananas. She hasn't lost weight, but she can now climb a tree.

Alternative medicine's track record of curing cancer is 10 times higher than that of conventional medicine. Note that I say CURE.

Remember another thing. A TUMOR is just a symptom. It is not the cause of cancer.

Science is cause and effect. Remove the cause and the effect disappears.

I am in my third battle with cancer right now. I have not done any chemotherapy or radiation or surgery for any of my bouts with cancer. I survived leukemia, I survived Non Hodgkins Lymphoma and now I have Glioblastoma which is supposedly an incurable form of brain cancer. I was given two months to live 5 months ago.

I have been using Chinese herbs, high doses of vitamin C, acupuncture, chiropractic, homeopathy and nutritional changes. Yes, at first it got worse. It had metastasized to my lymph nodes, my lungs and my bones. As of this week, I am happy to say that there is no evidence now of any cancer in my lymph system or my bones. I had 6 tumors in my lungs, now there are only two. The tumors in my brain have shrunken tremendously. I never did any of their chemo, radiation or surgery.

Here is a very interesting statistic that you can only have access to by being a doctor. Every year more than 1,000 doctors oncologists (cancer doctors) are diagnosed with cancer. Less than 10% of them choose to do the treatment that they have been giving to their patients. Sort of like the fact that less than 25% of all pediatricians vaccinate their own children because of the fact that the risk of sudden death or serious side effects from the vaccination is higher than the risk of catching the disease one is being vaccinated for. This is not bullshit people - it is truth.

Medicine is about money, not about your health and the system traps people, especially the elderly, disabled and poor into a deadly treatment regime that puts them in an early grave. Meanwhile, all the jet set billionaires are flying off to Europe and paying big bucks for alternative treatments and getting cured.

Does alternative medicine work all the time? No. Of course not. Nothing works all the time. But there is a reason for that. You don't die until it's your time to die. Nothing can make you live longer than that time.

However quality of life comes into play. Those cancer patients who use alternative therapies for their cancer, yet still die from the illness, suffer a much higher quality of life. They die able to spend time with their families and even recognize their family members. They don't become emaciated like those who do chemotherapy or radiation do and rarely is a person who goes under the treatment of chemotherapy able to recognize anyone for the last few days of their lives. Their bodies become ravaged to the point that you can't even recognize them either. They suffer at a much much higher rate and they have one let down after another as doctors tell them, ahhh - it's looking good, only to tell them on the next visit it's looking worse, you need more chemo and radiation.

What is criminal about this is that YOUR DOCTORS KNOW THIS SHIT.

I took an oath as a physician. I have always followed it. That has certainly not made me successful financially as a doctor because I have consistently refused to go along with conventional medicine's bullshit. 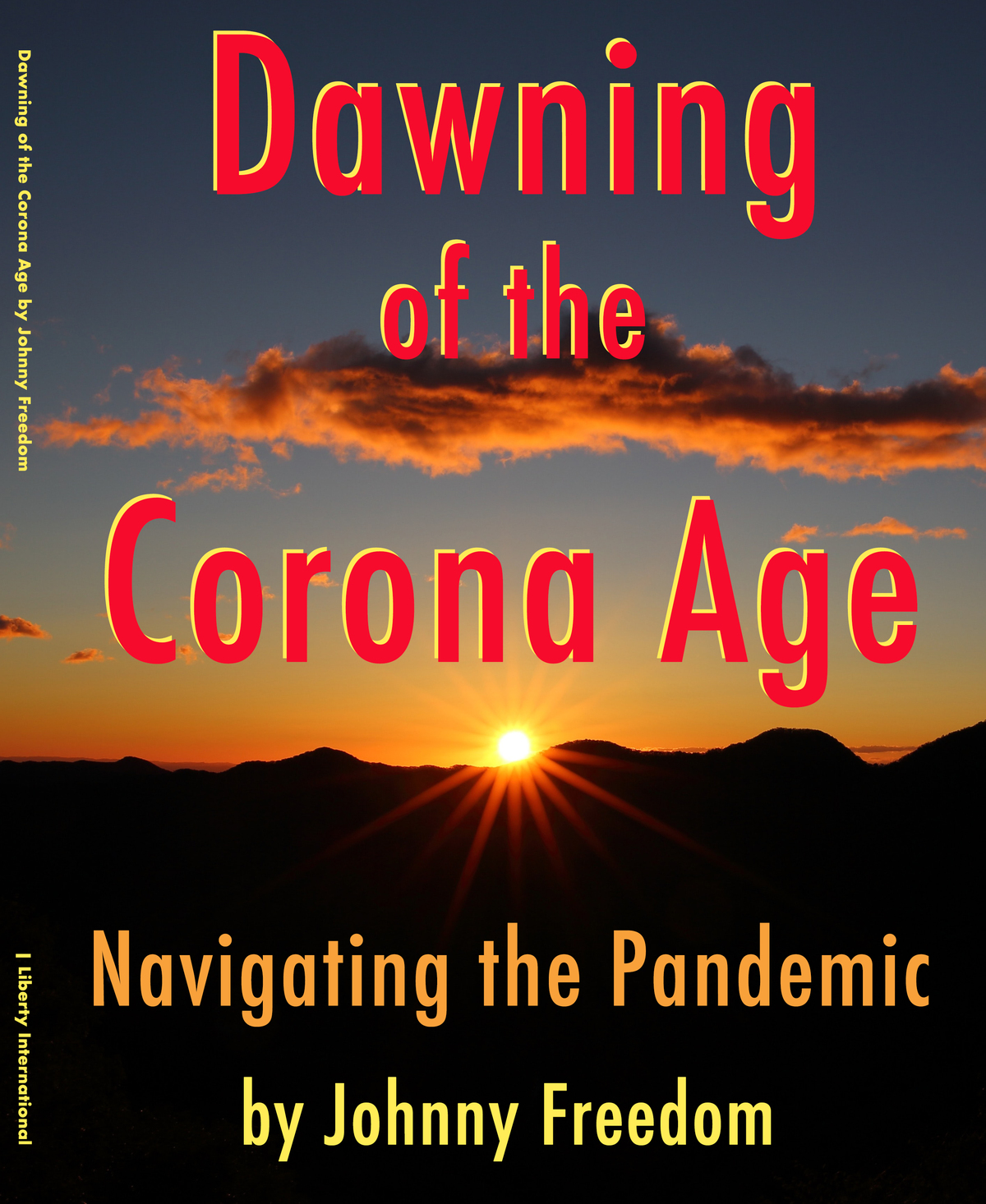 Five months of intensive research, collating 670 research and news sources, are compacted in this succinct, readable and entertaining 167-page compendium about the “pandemic”. It provides a comprehensive overview for those with an open mind, still willing to learn, to expand perspectives far beyond media tidbits. This is the Dawning of the Corona Age.

May we remove our masks - and blindfolds - to take notice of what is actually rapidly happening around us to navigate how we can still “live free in an unfree world”.

This newly released book is dedicated to you. Thank you for educating yourself, “thinking twice before you think”, calmly sharing your insights, acting wisely and thereby reclaiming authority over your life!